In 2011, Rosilyn Temple’s son was murdered in his own apartment. He was 26 years old. To this day, his homicide remains unsolved. Uncommon Allies shows how Rosilyn, in the wake and devastation of her son’s murder, turned a personal search for justice into a life changing community call to action. At a time when widespread distrust of law enforcement is at a heightened level, Uncommon Allies explores Rosilyn’s role in eﬀectively bridging the gap between grieving communities and the police department at every homicide scene in the Kansas City, MO area. Rosilyn’s passion, leadership, and dedication are helping to improve police-community relations, and she has become a local hero and beacon of strength for her community. 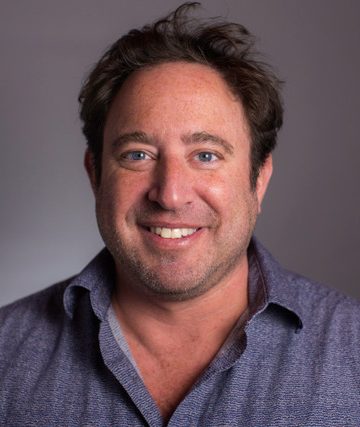 Jon’s past experience includes working as a director, producer, DP and editor at Yahoo!.  Jon played a hands-on, key role in establishing Yahoo! as a forerunner in original online video productions.  This was Yahoo’s first step into original TV style series (webisodes) productions.  He directed and produced 5 original shows while at Yahoo! focusing on topics such as travel, lifestyle, subcultures, music, news, and politics.  He’s worked with TV hosts Bill Maher, Charlie Rose and Richard Bangs.

Jon’s last project at Yahoo! was creating a video profile of the President of the United States in the White House Roosevelt Room.  It was the first time in history a sitting president conducted an interview solely for the internet.  This project was a tremendous success and received international attention and millions of video streams.

In 1998, Jon was a video producer for the world’s first e-commerce website with broadcast film footage.  The company was acquired by Getty Film in 2000.  He has also produced, directed and edited several short films.

MAKE A DIFFERENCE TODAY BY DONATING